Hurdy Gurdy — identity for the grill-bar

The agency have designed a naming and identity for the bar. 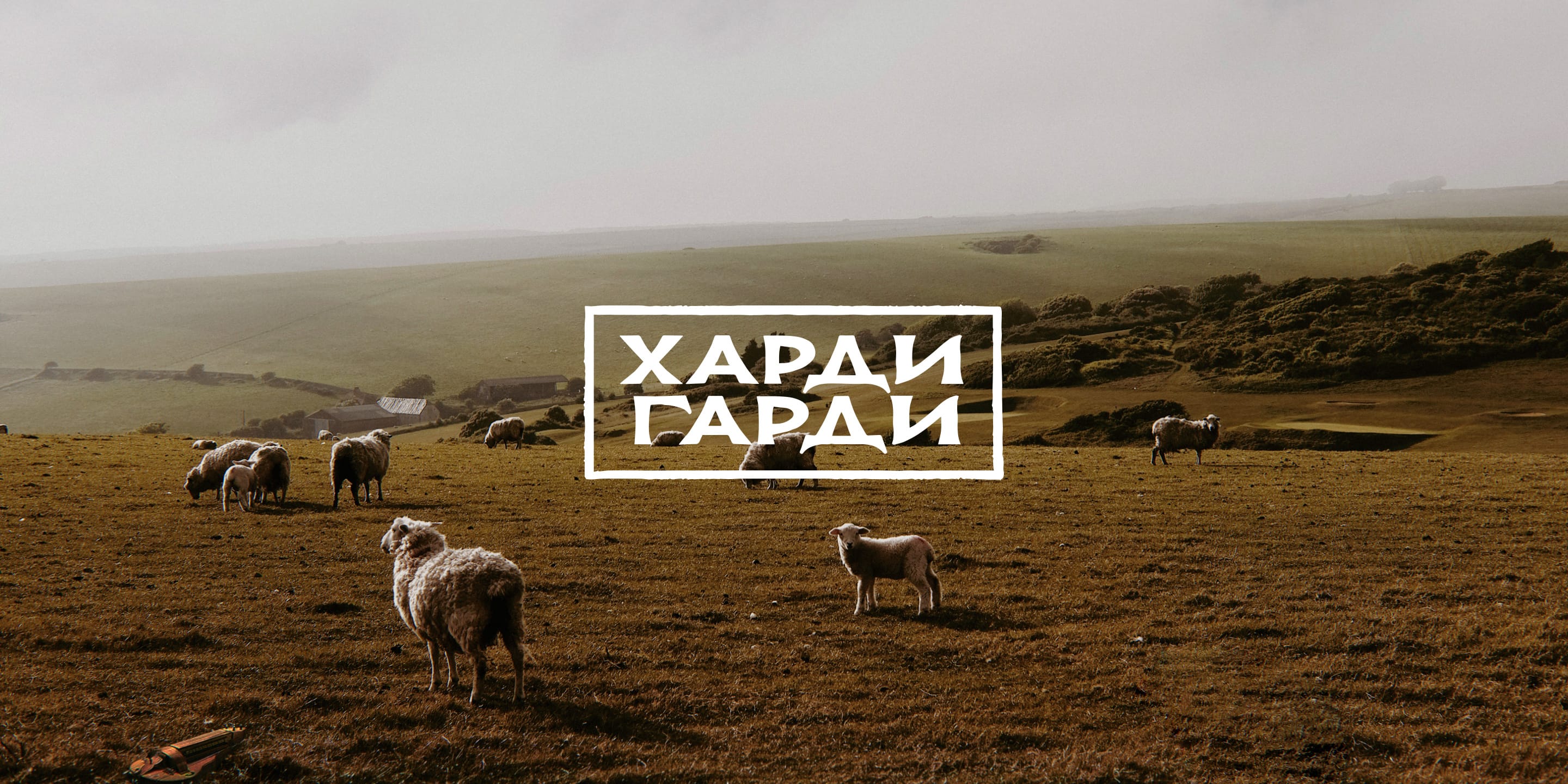 Hurdy Gurdy is a grill bar. The basis of identity - engraving illustrations, unique handwriting and
the spirit of England in the 19th century. 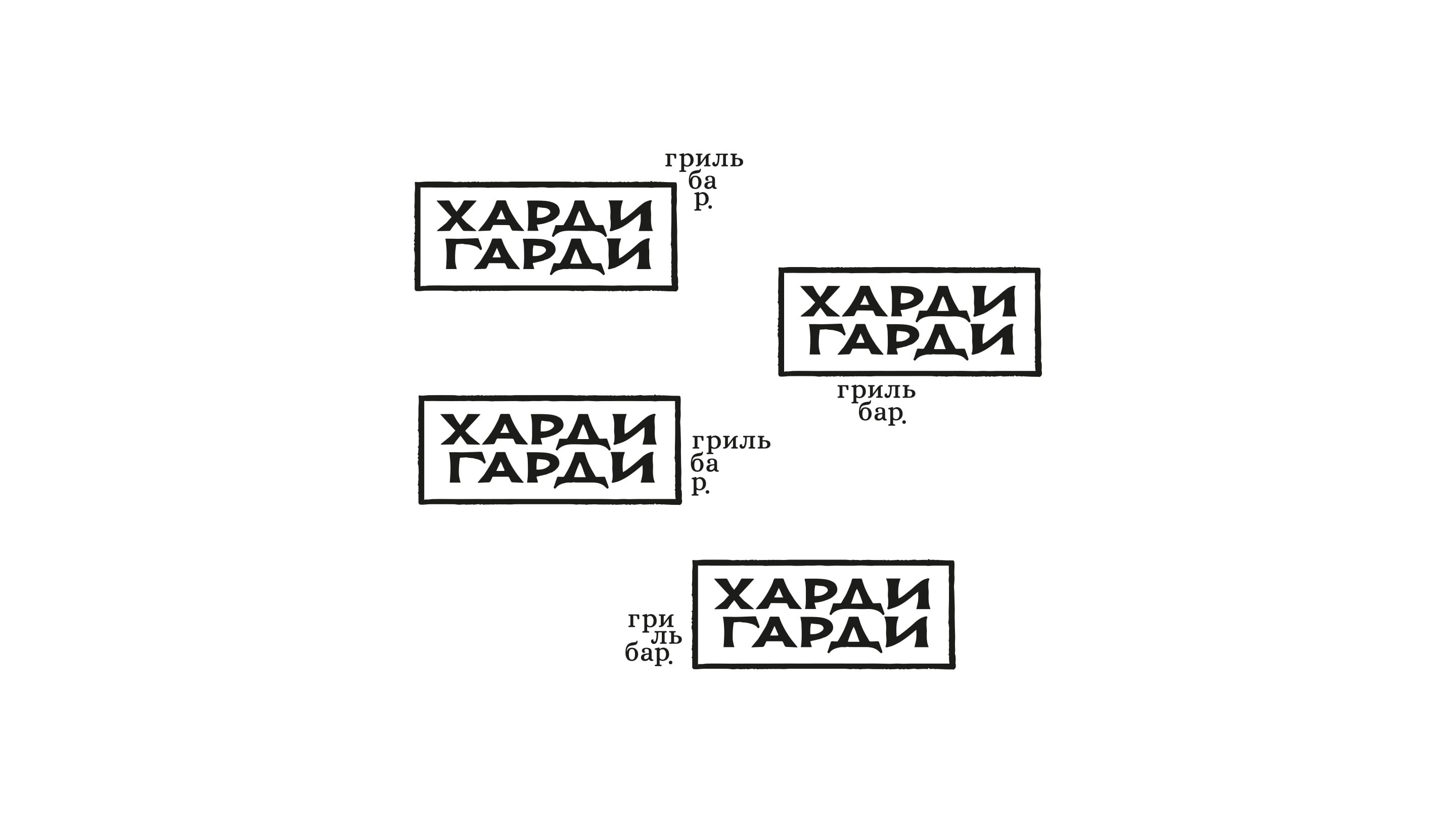 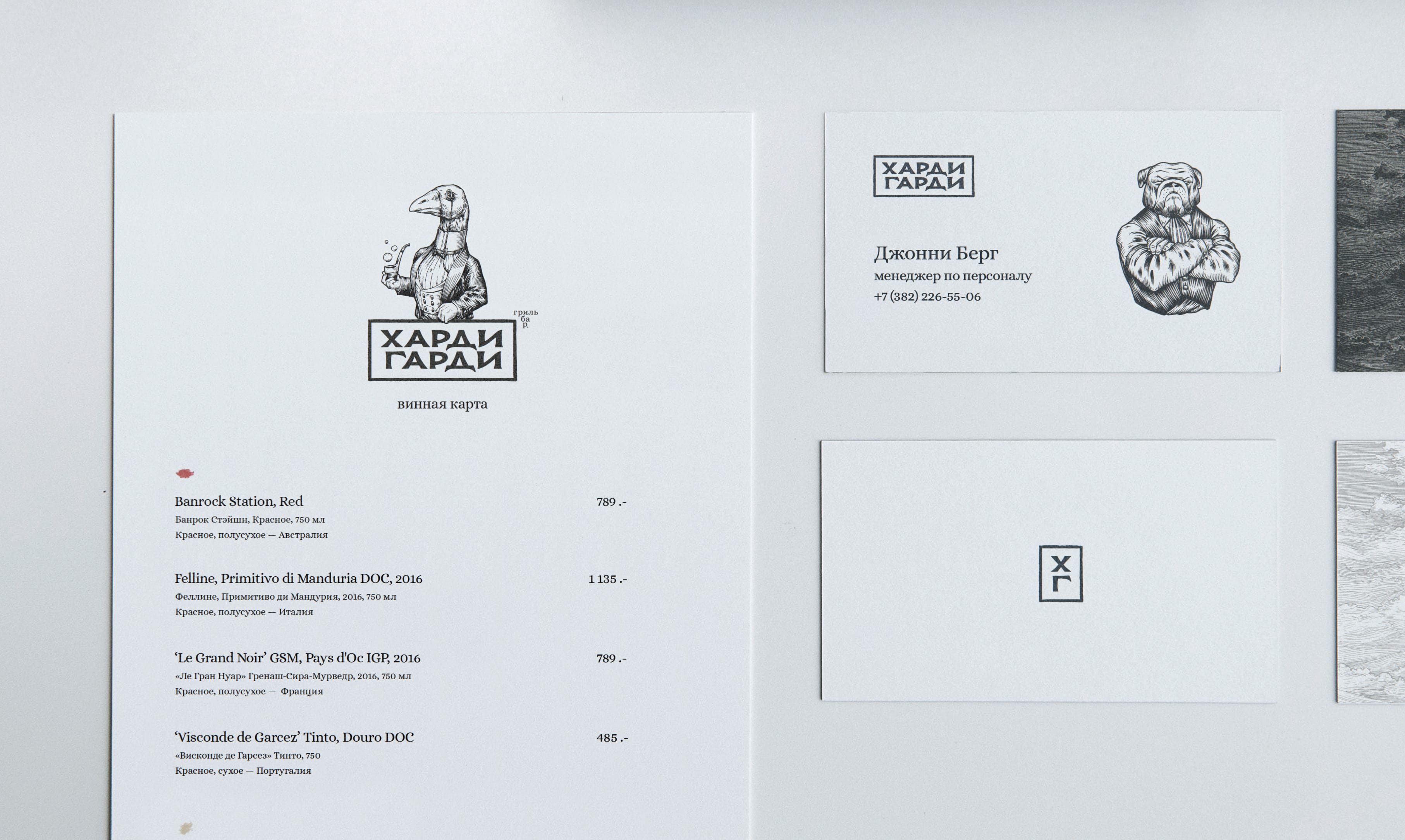 Graphics and characters are the base of visual communication. In the basis of the graphics we have
laid three different characters, each has its own prototype and a small history. 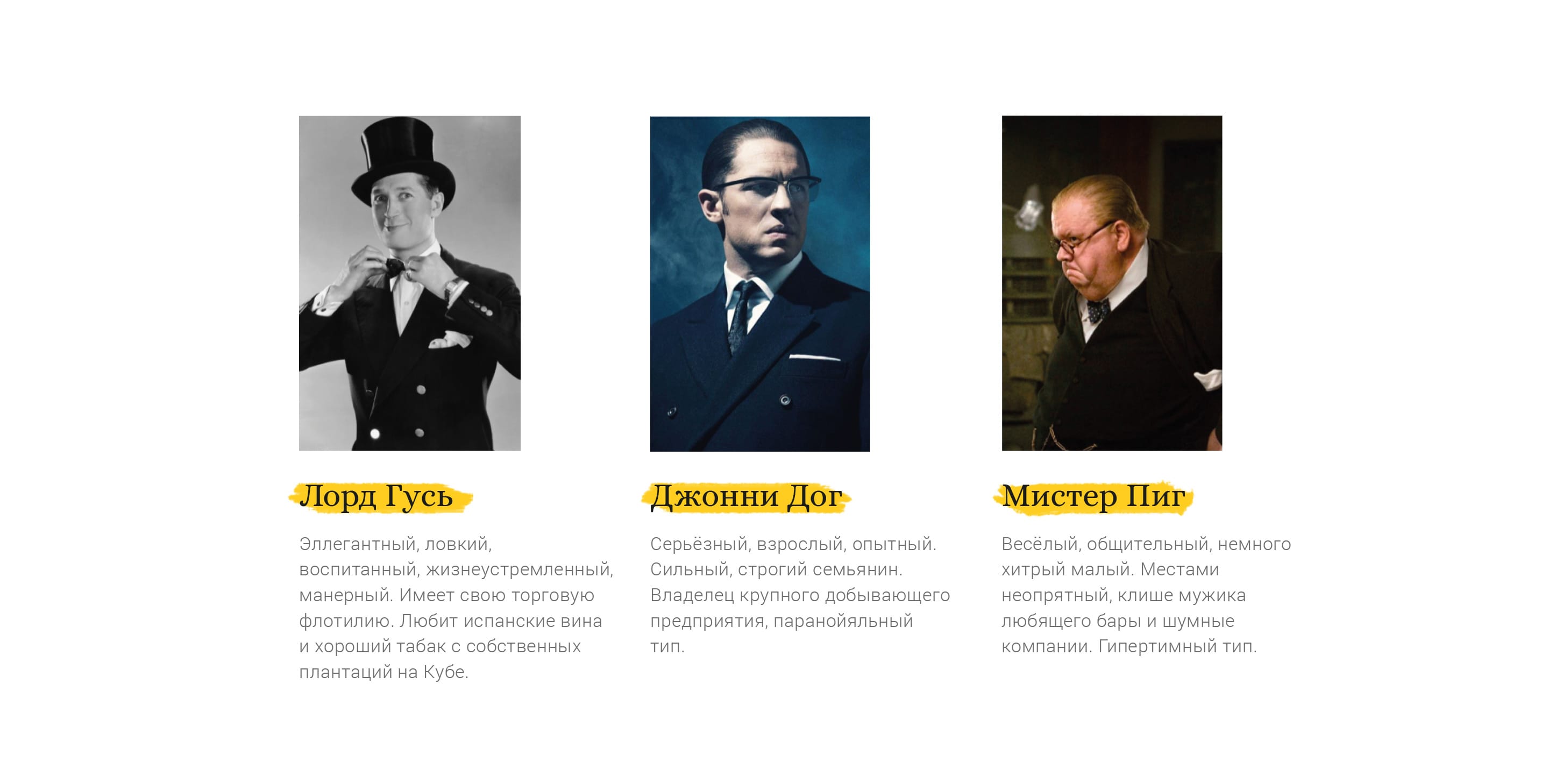 Goose and Mr. Pig conflict and constantly debate among themselves, the Bulldog is above the fight
and resolves these conflicts. Goose and Mr. Pig call a guest to bum or participate in the special offer.
Bulldog more often informs about technical and serious information. 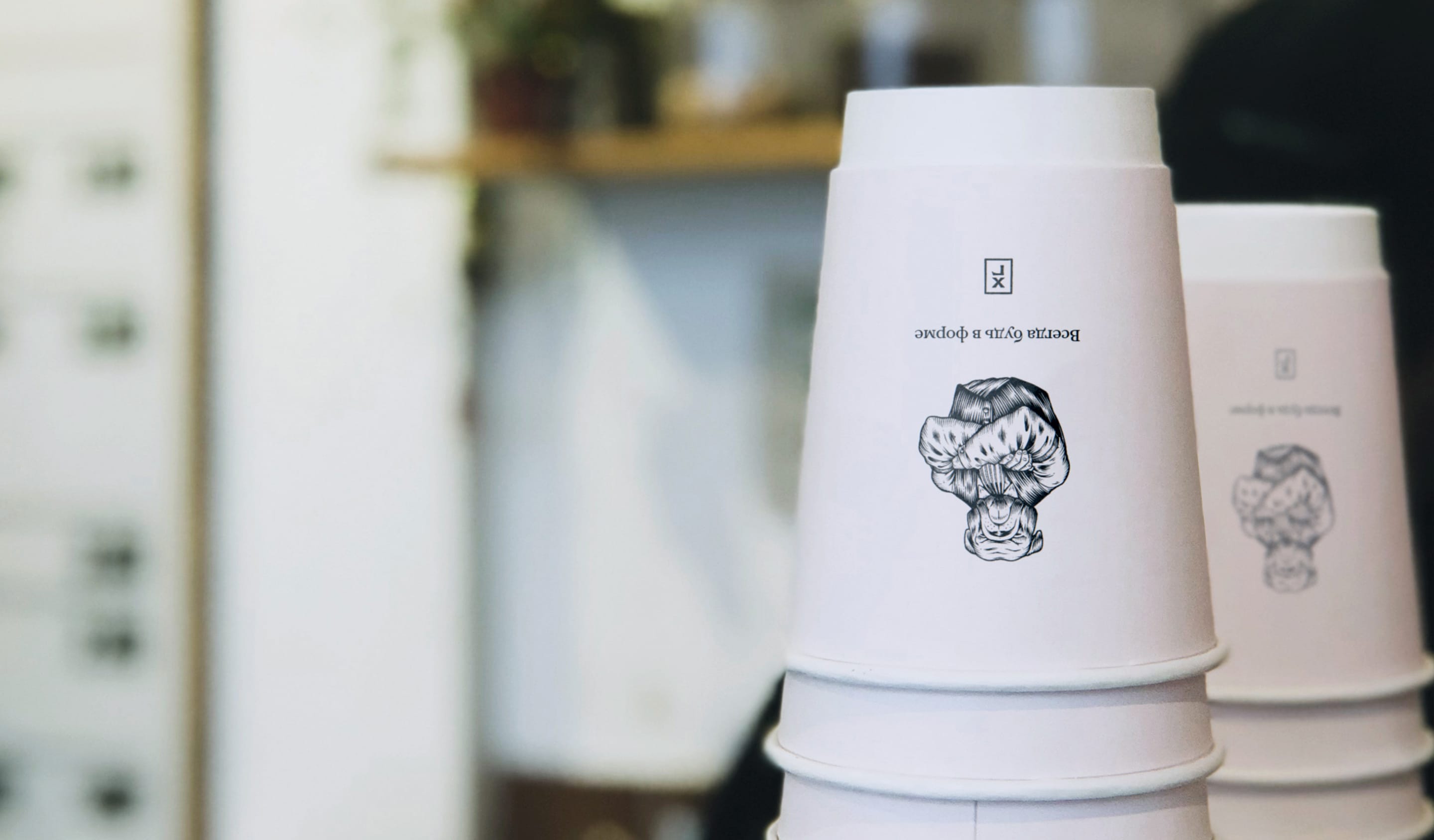 Another complementary element is an engraving pattern depicting the boiling water, which indicates
the brutal, winding nature of the bar.

The accented font is Alice. The refined font headset is suitable for highlighting important
information in headings and large text blocks. 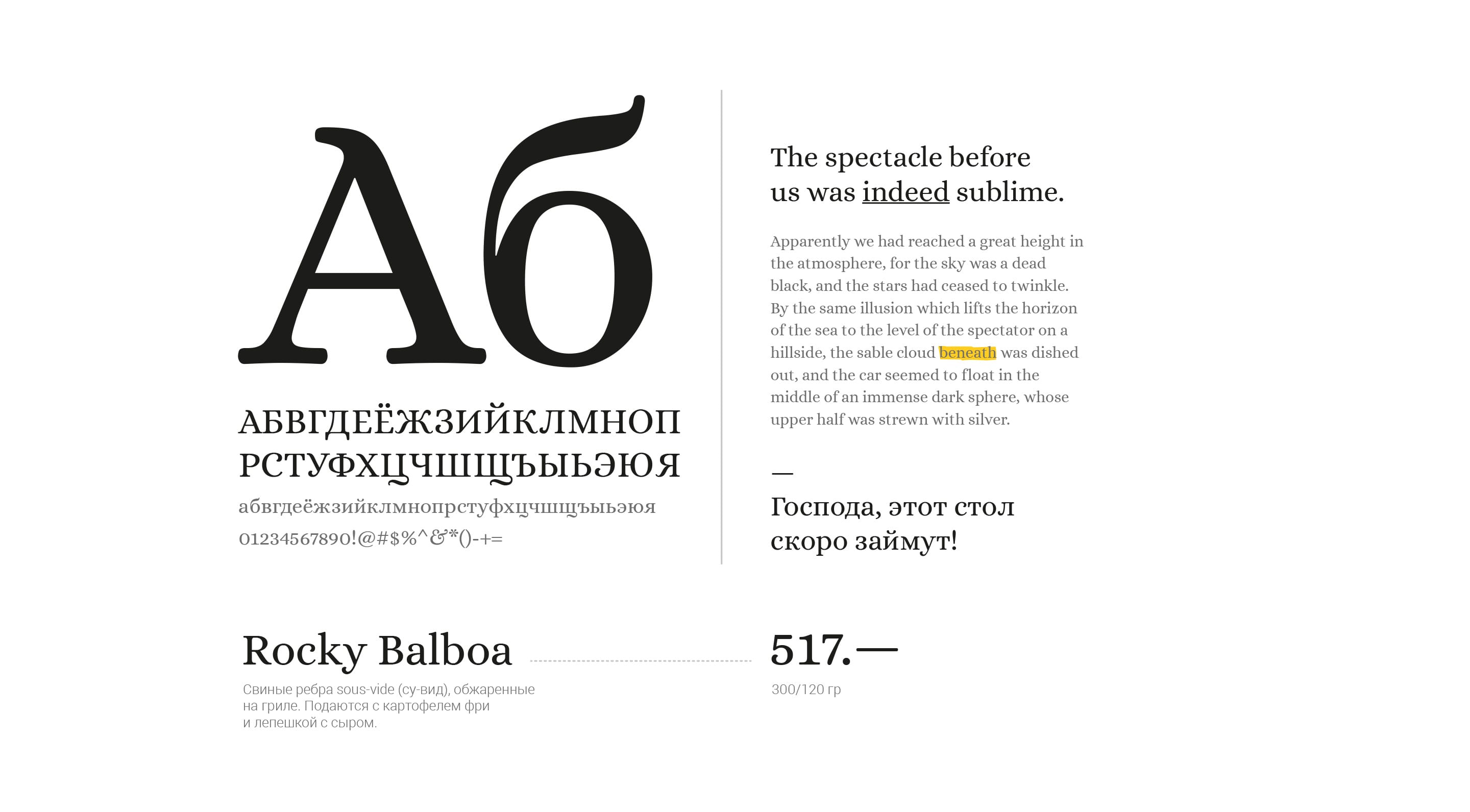 Yellow is one of the accent colors in the identity. It helps to highlight important information or
attract attention, depending on the tasks. But often we do not want to limit the identity of a certain
set of colors and scales, because in the restaurant business there are a lot of different tonalities and
colors - in food, in the interior, in the atmosphere. 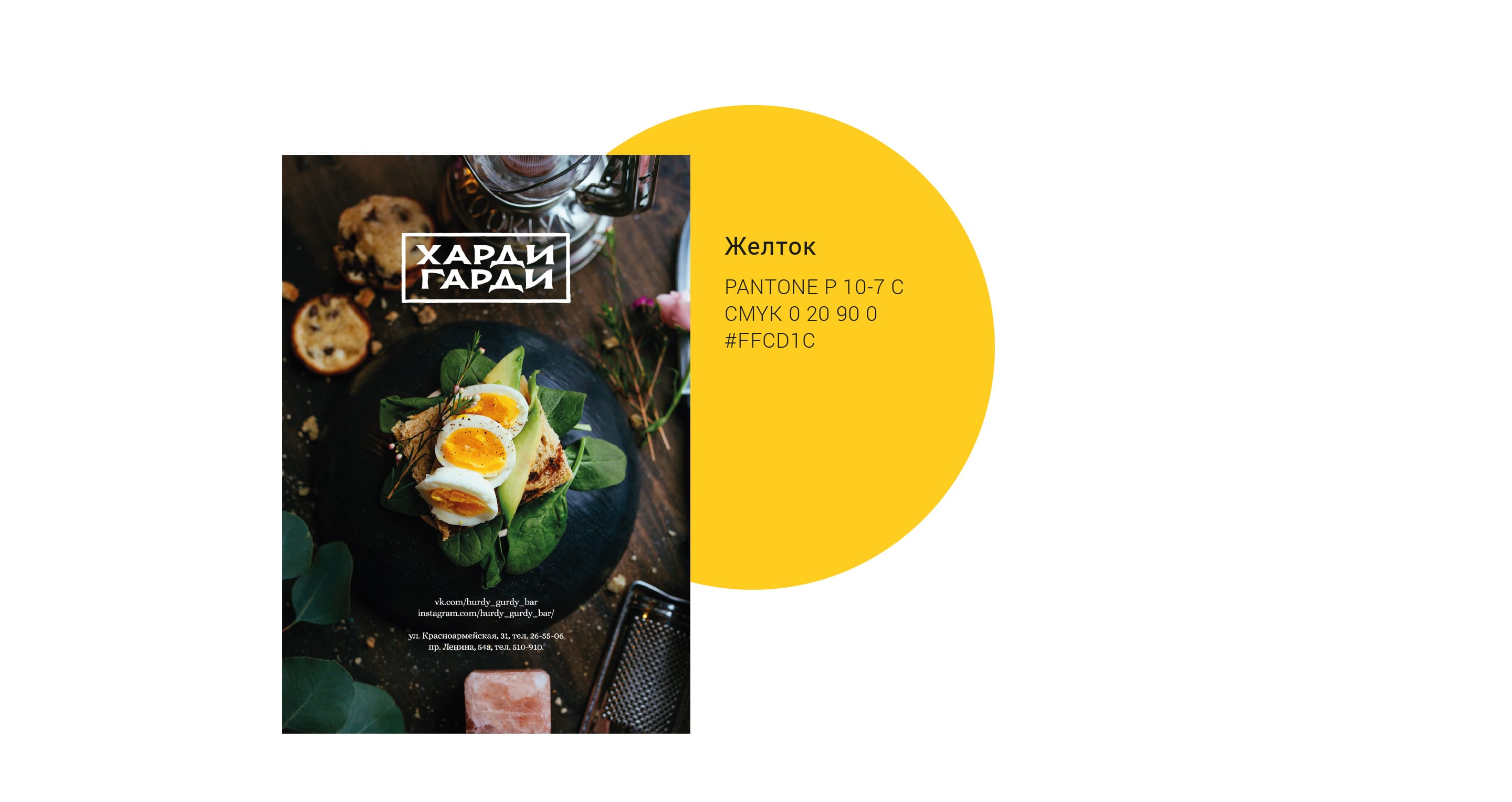 Signboard.
Mr. Pig ordered it from his good friend Toby, while he was still alive. There’s a long story,
somehow we’ll tell you about a glass-another whiskey. 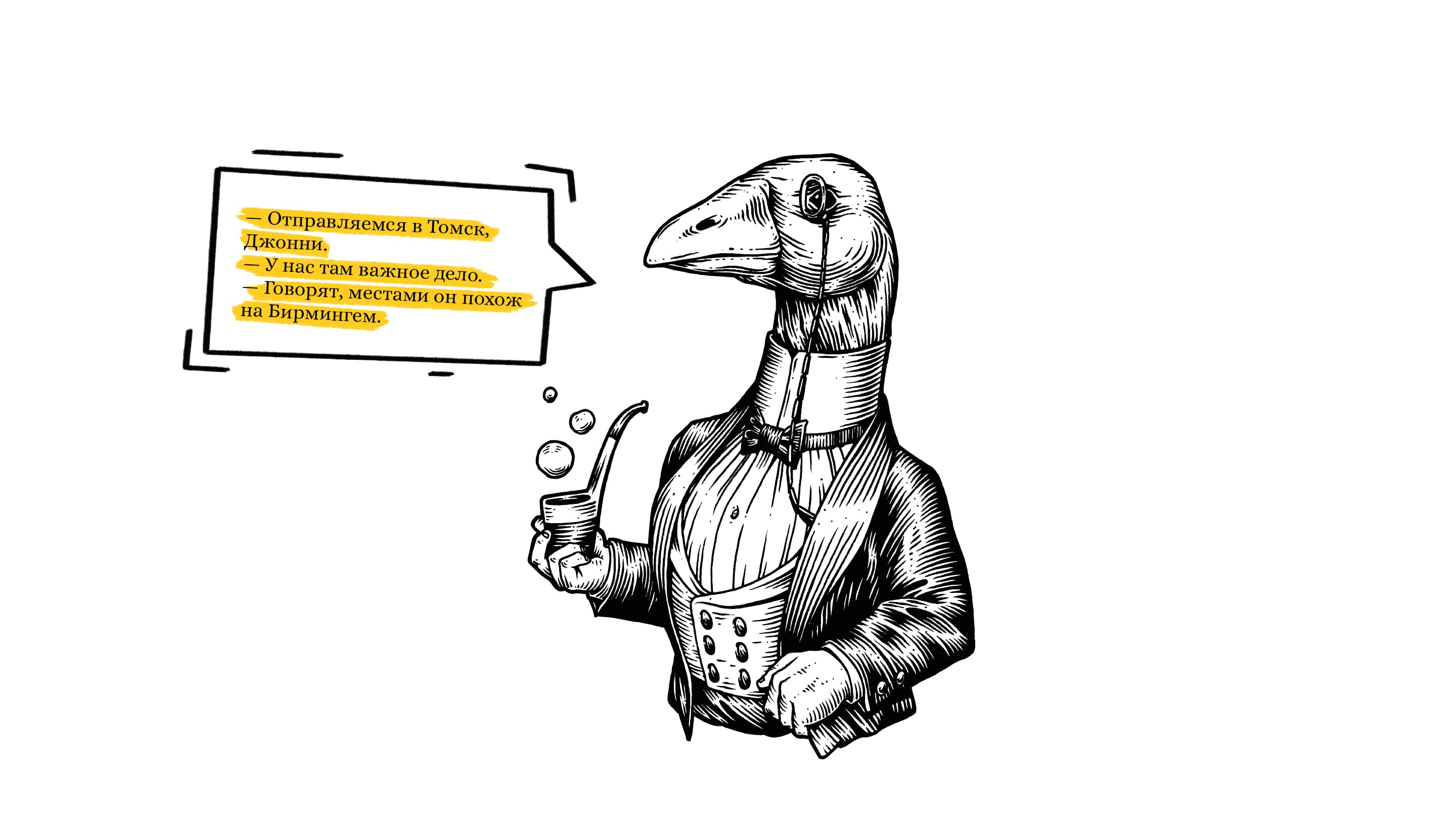 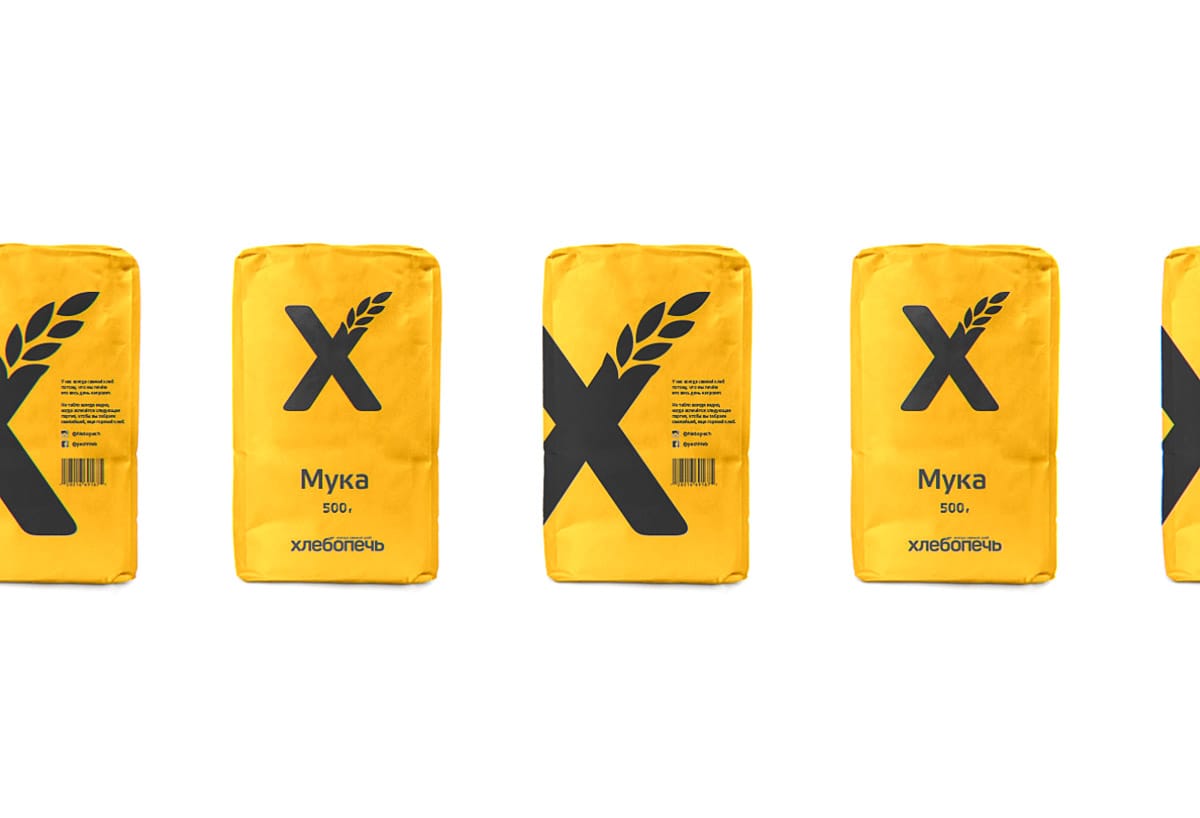 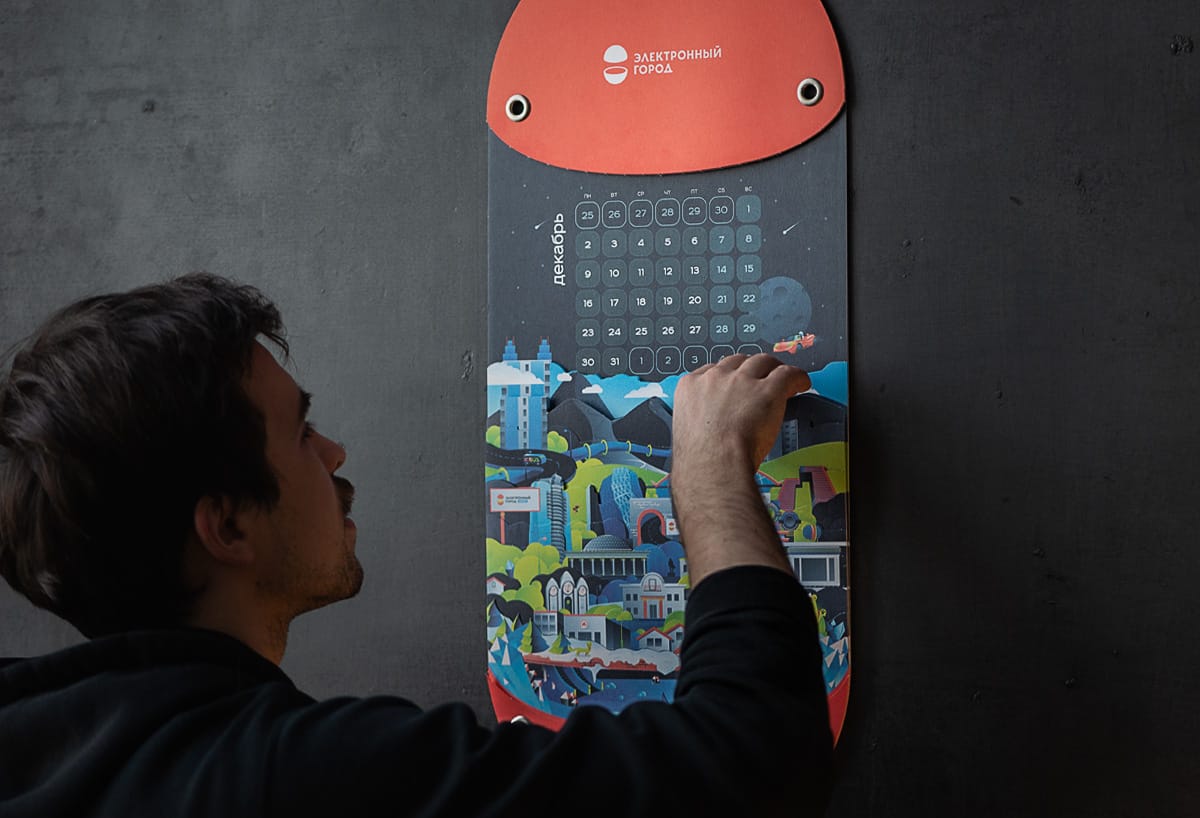 Tear Off! Calendar for the Elektronniy Gorod 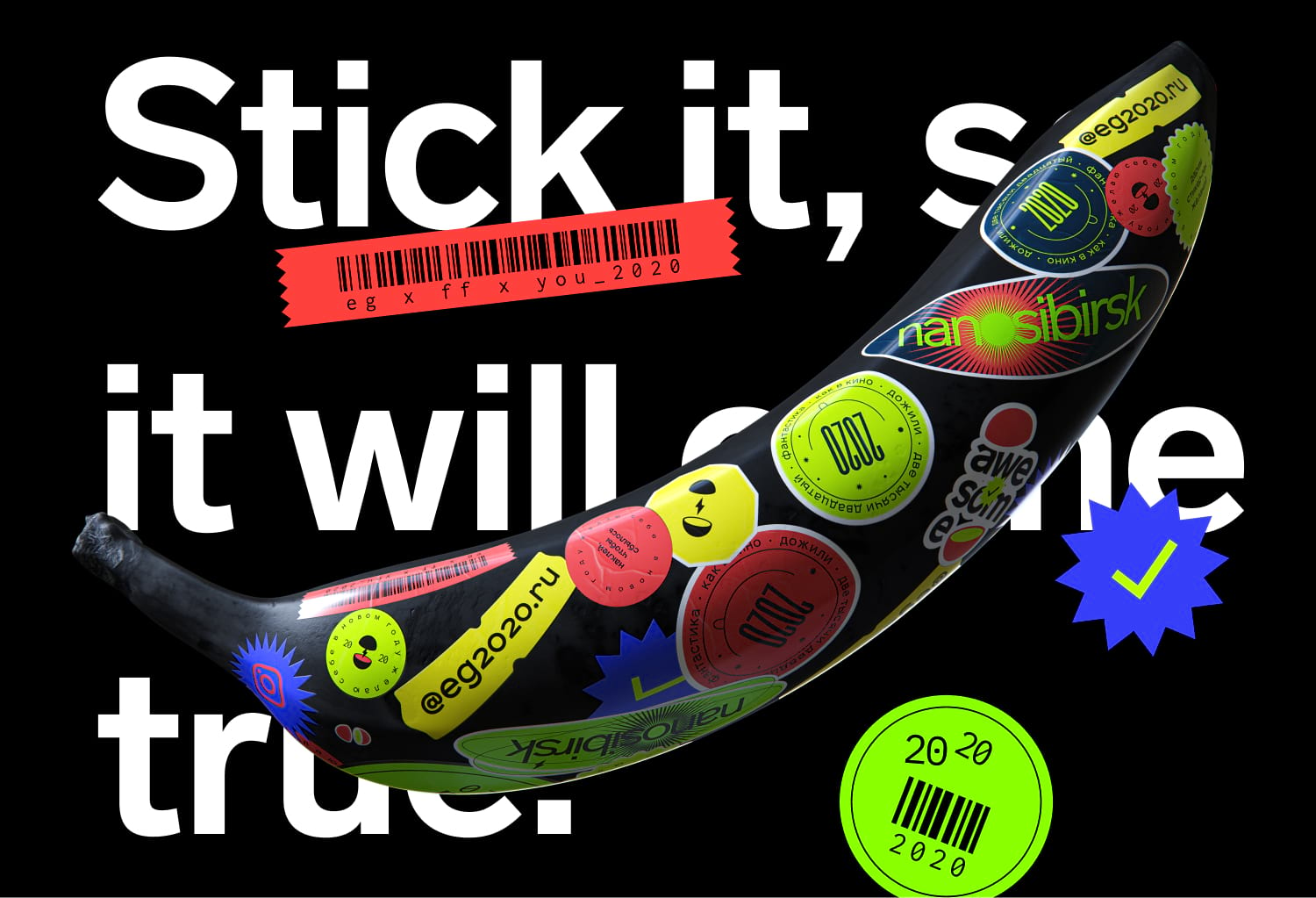 Stick it, so it will come true 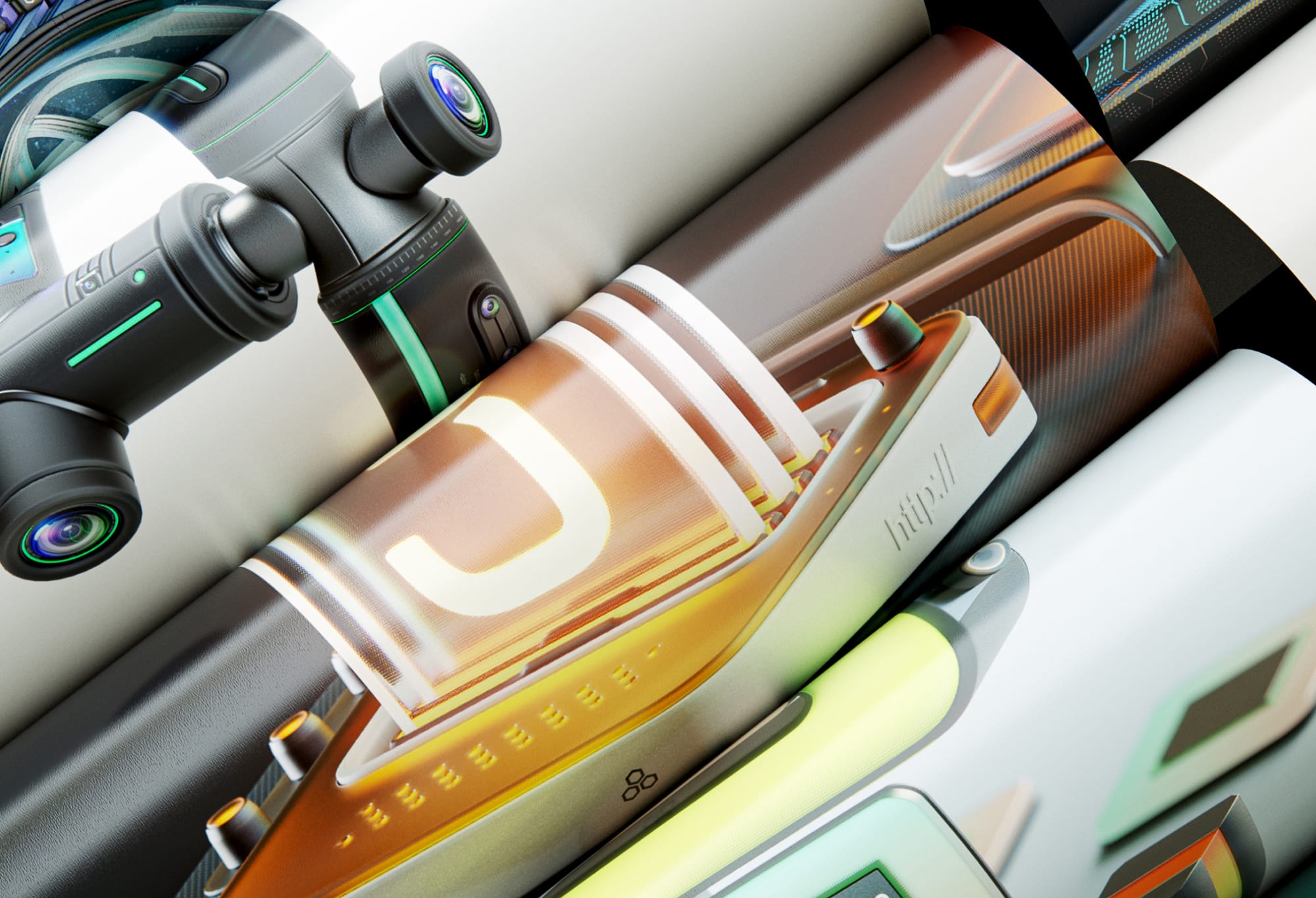